I’ve had some ideas to expand the podcast since before we recorded the first episode. One of my first ideas (and one of the biggest suggestions we’ve gotten from listeners) is actual play podcasts.

Well, Ross talked about his Shadowrun 4th Edition character Raef on a previous episode, a pixie whose idea of shadowrunners comes from popular media. He’s such a fanboy, he writes runner fanfiction. As soon as Ross told me about the character, I knew the only way to make that character more awesome would be to have a foil. The Felix to his Oscar, the Sgt. Friday to his Det. Streebek, the Murtaugh to his Riggs, the <insert another Odd Couple/Buddy Cop reference here>.

When Ross’s original Shadowrun game for which he made Raef fell apart, Ross tapped his friend Brandon Gensemer to GM a game for us. In preparation for the new podcast, I’ll be posting the backstories of our characters. Mine is a noir-inspired short story inspired by the writing styles of Robert B. Parker and Jim Butcher, while Ross’s is in-character written fanfiction of his “Origin Story”. That should give you an idea of the characters right there.

Our first episode is an introductory adventure with just the two of us, but we’ll be adding other players to the game for future episodes. So look forward to Gamer’s Tavern: Game Table coming soon!

We revisit the topic of superhero roleplaying games. The overlap between Western comic book fans and tabletop gamers, it’s no surprise that […] 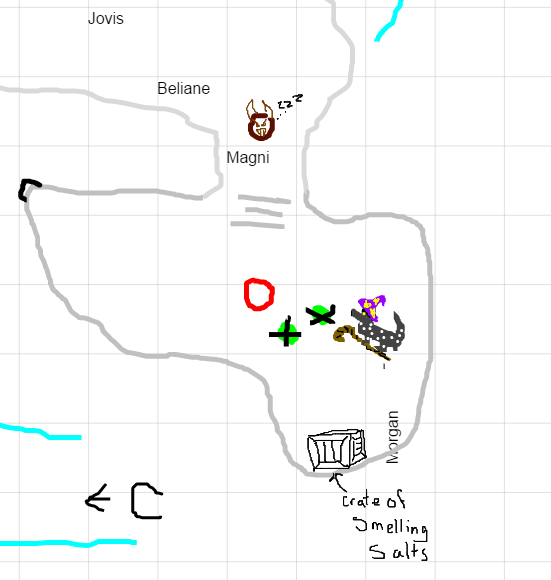 Welcome to the Gamer’s Tavern playthrough of the Dungeons & Dragons Starter Set! The party found the wagon of their patron, Gildar […]