Skip to content
This is Ross’s recap of Episode 1 of Gamer’s Tavern: Game Table, as written by his character Raef.

The first time I laid eyes on the man they call “The Bad Babysitter” was during a night of rain and thunder, a night of oaths and vengeance. But that night was in the past, and our later meeting was to be punctuated with a different kind of thunder—the boom of gunfire.

I had been brooding upon a rooftop, as was my wont, contemplating on the dark revenge that I was owed. My commlink rang, and it was he—the Bad Babysitter himself. From the tone of his voice, I could tell he had run into some trouble. He always does whenever he goes out alone, but thankfully, he’s got allies like myself to help him along the way. K—and only his close friends call him K—had a job for us. A certain “Mr. Fixer” had arranged for us to rescue a couple of corp-kids out of their depth. Apparently, the two kids had gone into Touristville out in the Barrens, aiming to spray paint some anti-gang slogans on Halloweener turf as a dare. Another friend of theirs, Thomas, had hired K (and myself) to get the kids out of trouble before they got killed.

First, however, I had to reach the scene. Touristville is a bit far from my normal doss, but I jumped in a cab and headed over as quick as I could. Knight Errant had a security detail on the edge of Touristville, but I’m good at not being noticed… so the cab sailed on through without any trouble. Once I met up with K, I could tell that the Bad Babysitter meant serious biz. He wore a set of clothes far too classy for Touristville, but he was unconcerned that he might stick out amongst the slumming salarymen. K is a classy guy, but I’ve always liked that he notices everything. His eyes are always in motion, always checking the angles, and this time was no exception.

I offered to fly overhead and take a look to see if we could track down our two lost corp-kids. K had already thought ahead and provided us with names and images of the two kids, but I pointed out that they would have a markedly different signature in Astral Space than anyone else in the region. K thought this was a good idea, so I took off and took a look around. Gazing into the Barrens’ Astral space—even the relatively tame area around Tourisville—was ugly. I had to remind myself that Karl Kombatmage doesn’t throw up when he goes astral, and it helped. I kept my cool, and I did manage to spot the two kids cowering behind some dumpsters not far away from Halloweener territory.

True to his professional persona, K already had a plan. He was going to wait and keep an eye out for Halloweeners while I flew over and calmed the kids down. The idea was for me to talk them into following us back to Touristville, where we’d put them in a cab ride home.  As a pixie, I can be very hard to see when I want, so I crept over to the kids, revealing myself only when I was behind the dumpster.

“Okay kids, I’m here to rescue you.” I said, using my best Karl Kombatmage voice. The kids, however, didn’t look relieved. They looked dangerous, drawing tasers from their jackets. “Whoa, wait, I’m with Thomas!” I explained. “Good, that means we get to take you down and become real Halloweeners!” They responded.

This was not going well. I managed to dodge the taser shots and marshalled my best listen-to-me voice, putting a bit of my own personal magic into it. “Drop your guns now, punks!” My voice was pretty powerful this time… maybe a bit too powerful. The kids immediately throw down their tasers and ran away—directly towards the Halloweener hideout nearby.

This is when K swung into action. He didn’t miss a single step, just calmly snapped one hand down to his side. The arm slide under his jacket smoothly locked into place, arming him in an instant with one of his pistols. “My job is to keep you alive.” He informed them coolly. “Even if that means shooting you in the face.”

The Bad Babysitter calmly took aim at the running kids and fired two shots. Two perfectly placed shots. Each of the two running kids had no time to react, and both went sprawling down, faces slamming into the asphalt as the stick-n-shock rounds knocked them into unconsciousness immediately.

I couldn’t help myself. “It’s… so… beautiful.” I gasped. K’s gunplay is like a maestro playing the piano… every motion is perfection.

I was not alone in my admiration. “DAAAAAMN.” Called out a voice from further down the street—a group of Halloweeners who had witnessed the action. “Those kids got schooled.”

K, of course, was a stone-cold badass. He seemed cut from marble as he smoothly pivoted, not pressing the action since the gangers had yet to pull any weapons. That didn’t last, of course.

“Yeah, that’s what happens to punks who leave Touristville!” I chimed in, trying to find a way to get the gangers on our side long enough to get away with the kids.

“Funny guy.” The gangers responded, getting their guns out. “Funny thing is, these two look like our plebes. And they were supposed to bring us some shadowrunners to kill. And hey… you guys look like Shadowrunners!”

Our lives were once again in danger. I whipped out my rifle (well, it’s a hold-out pistol, but at my size…) with a spinning twirl. It looked awesome! Literally in the blink of an eye the rifle was in my hands and spitting flechettes with the gentle cough of the silencer. One of the gangers reeled back, most of his upper torso blown open. My wings blurred as I sped for cover and let these punks know just whom they were messing with. “Now you face the wrath of… Ravenblood Blackwolf Deathblade!”

The Bad Babysitter extended his other hand, and smooth as silk, an Ares Predator slid into his other hand. Armed like an old-timey gunfighter, K took aim at the gangers and coolly blasted one of them twice with heavy-caliber bullets, sending his target sprawling to the ground dead with two expertly placed shots. Almost as an afterthough, he spun into cover behind an abandoned car.

The gangers returned fire, although they targeted only K. Bullets hosed the car from all sides, but K suffered only a couple of minor hits that flattened themselves against his armor. Like the complete badass that he is, K didn’t even grunt. He just stood up and continued to shoot, taking down gangers one after the other. I added my own fire from my position, switching on my commlink to play some trog rock while we fought the short but savage battle.

“So, are we still killing shadowrunners?” K quipped as he gunned down the last aggressor. Only one ganger was still alive, but badly wounded.

“Holy frag. Get out here! We need help!” He shouted, and we instantly heard a commotion from the nearby Halloweener hideout. There was the rattle of a garage door and the tell-tale roar of a truck starting up.

The Bad Babysitter sized up the situation with a glance. “Let’s get out of here.” He commanded, retracting his guns with one twist of his arms. “Good idea,” I replied. “But we should take the kids with us… after all, they set us up!”

K nodded, but I could tell he was dubious that I could lift the kids. “I got this, don’t worry…” I flexed my ‘guns.’

The Bad Babysitter considered. He knew that our rep would suffer if we didn’t exact some kind of revenge on the kids who set us up to get killed. But before he could make another move, the Halloweener’s truck roared around the corner. A machinegun had been welded to the top running bar, and the ganger immediately opened fire. The Halloweeners were aiming for suppression, trying to keep us pinned down until their reinforcements could show up. I knew that I couldn’t allow that to happen.

I grabbed K and the two kids, straining every muscle to the utmost, and fluttered my wings as hard as I could. Somehow, I managed to duck all four of us through the hail of bullets, depositing us to safety a block or two away in an alley.

“I think I may have pulled something…”I groaned, while K dusted himself off. “We need to do something with these kids.” K replied.

We dropped the two kids off in Ancients territory, naked and marked with all kinds of anti-elf slogans. I signed my work, of course. “That ought to give them some payback.” I grinned and high-fived K.

Our mission accomplished, we drifted back into Touristville. True to his professional nature, the Bad Babysitter blended into the crowd while I called “Mr. Fixer” to give him a piece of my mind. We negotiated a bit about the kid who hired us—“Thomas”—and got his access ID, although he was long gone. K had a recording of his meet with the kid, and we turned that over to Fixer in order to secure future work. K nodded approvingly at me, and I grinned. It seemed like things were getting off to a good start.

So the team has made it to Detroit and learn it’s a crime-free haven with 0% unemployment…according to Ares. They decide to […] 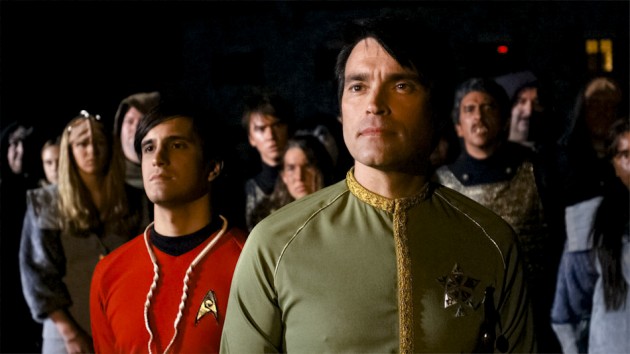 Hi folks, Ross here. I pitched three articles to Cracked last year, and unfortunately, all three bit the dust. Rather than have […]

Babysitter’s face is on every trid announcing the 50,000¥ reward for his arrest following his “terrorist actions”. Reaver leaves a meet with […]