Hi folks, Ross here. I pitched three articles to Cracked last year, and unfortunately, all three bit the dust. Rather than have those ideas go to waste, however, I’m sharing these pitches (basically just sketches for a full article) with all the Gamer’s Tavern fans, one each week.

We start out with the first article I pitched, explaining about some awesome Star Trek stuff out there that may have been overlooked by most Trek fans.

Now that the new JJ Abrams Star Trek films are taking the franchise in a new direction, there’s a lot of Star Trek fans out there–not unlike myself–who are wondering “What happened to the original Star Trek universe?”

Don’t get me wrong; the new films are cool. But there’s definitely a crowd out there who appreciate the “classic” Trek setting and want to see more of that, too. Anyone who is interested in enjoying the classic Trek feel should check out these following six voyages that may have flown under the radar:

This project is an independent crowdfunded film that fills in an important event in Star Trek history and involves several well-known sci-fi actors (including Richard Hatch and the guy who played Colonel Tigh from Battlestar Galactica) in major roles. The film already has produced a high-quality trailer (“Prelude to Axanar”).

The USS Ares during the Battle of Axanar

From the trailer, it looks like they are going for professional-grade special effects on the spaceship battles. Since Star Trek doesn’t have a lot of big, action-filled fleet actions, this is quite notable. In fact, the entire production focuses on the first major conflict between Starfleet and the Klingon Empire! It has the look and feel of a true Star Trek movie, which is impressive considering its small budget. 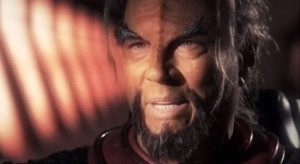 Richard Hatch as a Klingon Commander.

Created by hard-core Star Trek fans, this is an independent series of hour-long episodes available on youtube. Produced by well-known voice actor Vic Mignogna, the Star Trek Continues series aims to capture the feel of the original series with high production values and thought-provoking scripts. Currently, the show has three full-length feature episodes and a handful of smaller vignettes available to watch. So far, the show has garnered quite a bit of (well-earned!) acclaim. 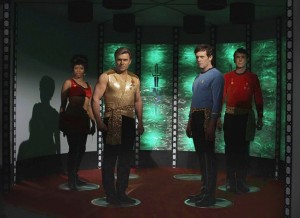 So, there’s this “new” Star Trek that features brooding Sherlock Holmes and strange undressing scenes in shuttlecraft—but there may be some of you who are craving something just a bit more like the Star Trek of old.

Well, Vic Mignogna is here for you, in all his shirtless glory. Vic (a very successful voice actor) got together with some of his friends and made some episodes continuing the story of the starship Enterprise, Captain Kirk, Mister Spock, and the rest of that great crew boldly going where no man has gone before.

The show is called Star Trek Continues, and so far it has three glorious episodes. The stories follow up on classic original series stories (such as the one where Kirk met the Greek God Apollo, and no, I’m not making that up), including a very emotional episode about slavery (featuring an awesome appearance by Lou Ferrigno as an Orion Slaver… which gets him painted green!), and an entire episode about the Terran Empire in the Mirror Episode. 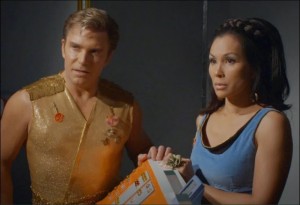 The production values are a near-exact match for the original series, from sets to costumes and more, but all done with modern techniques for a high-quality retro experience. Just look at the image of comparing Kirk and Spock from TOS to Star Trek Continues! 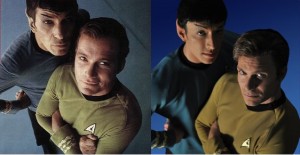 Star Trek Continues is pretty fantastic for fans of Classic Star Trek, and they’re busy making even more episodes. Vic’s Kirk manages to get his shirt off and make out with the alien ladies, which is awesome, and there’s Chris Doohan (son of James Doohan) playing Scotty, which is even more awesome. Here’s hoping they eventually get into episodes where they fight cowboys and lose Spock’s brain. Now that would be truly classic!

This is a popular MMORPG that is officially licensed by CBS/Paramount to carry on the story of Star Trek forward. The game is set 30 years after Star Trek: Nemesis and features many stars from the Next Generation-era reprising their roles, including Denise Crosby (Tasha Tar and Sela), Michael Dorn (Worf), Tim Russ (Tuvok), and Leonard Nimoy as Spock. Quests and storylines in the MMO touch on nearly every piece of the franchise. 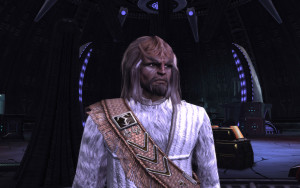 The truly insane part is, this is the official continuation of classic Star Trek! You can have (a fully voiced) Worf as weapons officer on your ship during one mission! You can interact with great storylines from the various Star Trek shows (you get to rescue Tasha Yar and the Enterprise-C from a temporal anomaly at one point). 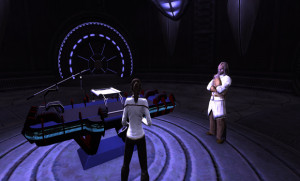 Remember the table from this episode of Star Trek: The Next Generation? Star Trek Online has a featured storyline to follow up on that episode and show us who was behind that!

The original series of Star Trek has been remastered with updated special effects and sound. It is available on Netflix for people who want to revisit the show and the episodes that they love with an upgraded experience.

Just look at those comparison pictures for how much better the classic show appears on screen! Here’s a quote from an article on shadowlocked.com:

Other more subtle effects have also been added, including redone matte backgrounds of planets which now feature a little more movement and seem a bit more realistic, but without gushing over into Lucas’ “Tatooine” sequence. Most of the time though, the new effects aren’t even noticeable unless you already know about them. The blink in the Gorn’s eye and the replaced cityscape in ‘Arena’ really are so subtle you could swear they were in the original episode all along.

Of Gods and Men was once described as “the most ambitious fan film ever made,” a homage to classic Star Trek featuring tons of actors from the original cast. This project is leading into a pilot for a new series called “Renegades.” It is helmed by Star Trek veteran Tim Russ (Tuvok) and features Walter Koenig reprising his role as Captain Chekov. 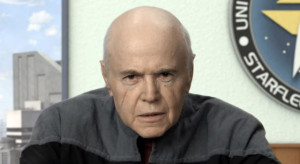 Walter Koenig as Chekov! Tim Russ as Tuvok! This is a very ambitious pilot that, if successful, could launch a completely different type of Star Trek series than we’ve ever seen before. The tone of this show seems markedly different (darker and grittier) than most Trek shows, helping it stand out from the others on this list. It’s kind of like the “Battlestar Reboot” of Star Trek. 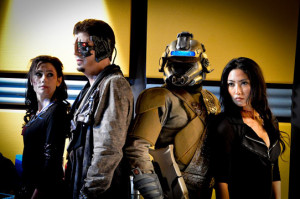 Renegades will be a departure from previous Treks – delving into the dark side of the human psyche, pushing our heroes to their limits, forcing them to carry out actions that they never would have as Starfleet officers. The rules have changed, and they realize they might be the last hope to save the Federation.

Star Trek: Renegades will be action oriented, filled with suspense and espionage; all while exploring new worlds, encountering both familiar and new alien species, and boldly going where no Trek has gone before.

An independent webseries first launched in 2003, this show intends to produce new episodes of classic Star Trek. Much like Star Trek Continues, this program attempts to capture the feel of the original series and bridging the gap between the first show and the motion picture. (At the time of this posting, the US website is down, so here’s the UK/Germany site) 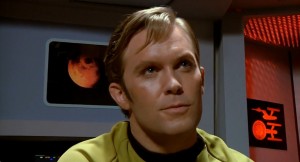 Unlike the other entries on this list, Phase II has no celebrities helping out, it is entirely a fan-made production. Check out the pictures of the production values, and you’ll see it’s quite impressive for an amateur project! 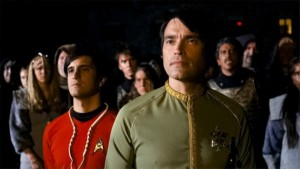 Star Trek New Voyages: Phase II is an award-winning independent webseries that produces new episodes of Classic Star Trek. Continuing the fourth and fifth seasons of the original series, we film the untold stories of the U.S.S. Enterprise, Captain Kirk, and his crew with the intention of filling in the missing years of the original five year mission, and bridging the gap to Star Trek: The Motion Picture.

This is the backstory of Ross’s character, Raef aka Ravenblood Blackwolf Deathblade, written in his voice as an online fanfic writer. THE […]

This is the backstory of my character for the upcoming Shadowrun Actual Play podcast, Kyle Rogers aka “Babysitter”   “What happened?” Higashi-san […]

Ross Watson was a guest on this past week’s d-Infinity Live gaming talk show!

Disclaimer Now, before anyone comments, I would like to point out that in Japan, the word “sushi” refers to the rice, not […]