I cannot stress enough that as absurd as this episode gets, this actually happened. The Secret Service raided Steve Jackson Games because they thought the GURPS Cyberpunk sourcebook was a real-life hacker manual.

Find out more about the raid and lawsuit including copies of legal documents from http://sjgames.com/SS

Find out more about the raid plus the overall law enforcement efforts in the early 1990s against hackers called “Operation Sundevil” in the book The Hacker Crackdown by Bruce Sterling at http://amzn.to/2zaNfIZ 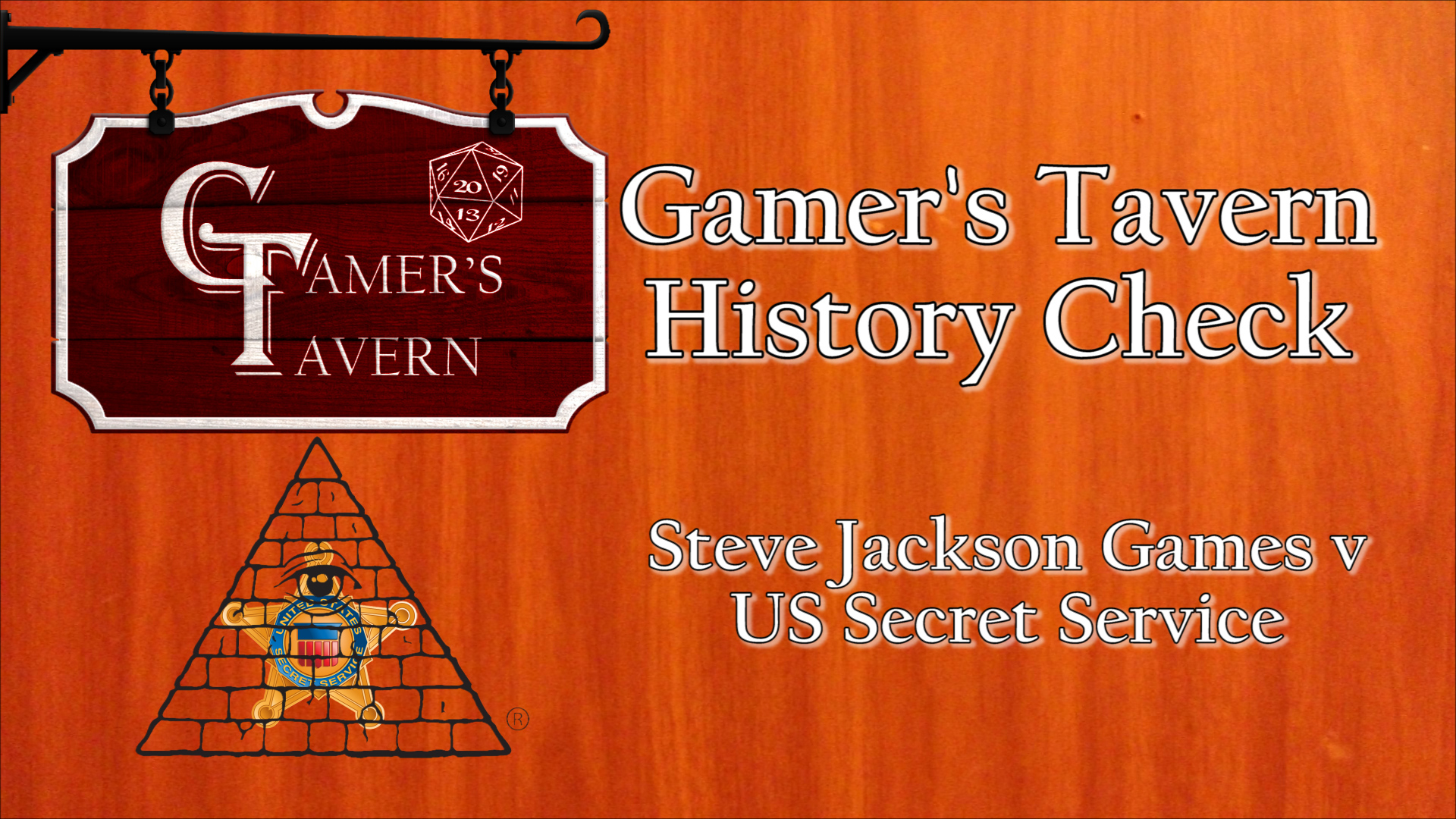 Photos sourced from Wikimedia are under a Creative Commons license or are in the Public Domain. All other photos are covered by Fair Use.

Clip from the film Hackers is copyright 1995 United Artists, MGM, used under Fair Use (also they didn’t bother to credit Blankenship when they read out his work so I figure turnabout is fair play)

The Gamer’s Tavern Theme Song is “Faked Reality” by Melodic in Fusion, used with permission.

What role does humor play in gaming? How much is too much? How do you add humor to your games? We have […]

The forgotten campaign setting of D&D, as Ross likes to call it. The original creator of Birthright, Richard Baker, joins us to […]

What makes a villain? What separates them from just another antagonists and pushes them into iconic if not mythic status? Chris Avelllone, […]

It is with great pleasure that I announce the official launch of Gamer’s Tavern. This website is the central point for what […]