In last week’s podcast, John Kovalic made a point that I feel really should be explored more with some actual data to back it up. Gaming has one of the biggest returns on the dollar for entertainment time of almost any other hobby. I can honestly only think of a few hobbies that actually do better than gaming in this regard, and most of them have a revenue stream (selling your crafts on Etsy). But those take skill and practice as well as a drive to create. What about more straightforward entertainment? How do the costs break down?

First up, let’s look at movies, something that’s pretty close to my heart for obvious reasons (I do write for Ain’t It Cool News after all). The average national price for a movie ticket is $8.14, and that’s just for the ticket. That breaks down to between $2.71 and $5.42 per hour of entertainment (depending on whether it’s a 3 hour epic franchise film or a sub-90 minute comedy), and that’s if you don’t get any snacks which can easily double that cost.

So let’s stay home and watch a blu-ray instead. It’s hard to find data, but it looks like the average DVD owner watches the film they purchase three times (which I find incredibly low, but I’m also the guy that watches all three Lord of the Rings Extended Editions back-to-back about every other month and have watched The Avengers at least forty or fifty times, so I think it’s safe to say I’m on the end of that bell curve). So let’s add in one additional viewing with a commentary track for four viewings of an average 2 hour movie purchased at $19.99. That’s $2.49 per hour of entertainment.

In fact, the only visual medium entertainment that has a chance to beat out tabletop gaming in cost per hour of entertainment is streaming video like Netflix and Hulu. Netflix data shows the average user watches 5 TV shows and 2 films per week, meaning they get a minimum total (assuming 44 minute TV show and 140 minute film) of $0.24 per hour. Again, there’s incidentals including your home theater system or computer and internet connection, but those can vary so widely (from a cheap $79 off-brand model Android tablet to a $2500 OLED home theater system with 7.1 surround sound) that I’m not counting those.

Casual browser games cost a free app download and your willingness to pester friends on Facebook for likes. The average hospital visit to remove a smartphone from your anus if I get one more goddamn Candy Farm request from you motherfuckers is a $500 deductible for an average playtime of 50 hours, so that’s $10 an hour.

As far as the other categories, the average retail price of a video game is $59.99. That puts an FPS solo campaign at $10 per hour, an open-world action game at $1.42 an hour (main quest plus side quests), an open-world RPG at $0.60 an hour, and for multiplayer-centric games with no subscription fee (average time spent playing per week is 14.5 with a new game purchased on average every three months) at $0.37 an hour. MMORPGs have an average subscription cost of $14.99 per month with 22 hours per month, so that’s $0.17 per hour.

So, how does this compare to tabletop games?

Light board games typically cost between $29.99 and $49.99 with playtimes between 30 and 120 minutes. Heavy board games run from $59.99 to $99.99 for 240 minutes. Light games tend to get pulled out more often, giving them an average number of plays at 20 per year and heavy games 12 per year (I tend to break out Tsuro, King of Tokyo, or Zombie Dice two or three times a week, while Eclipse comes out once a month or so). That gives us a range of $0.75 per hour for a low-cost light long-playing game and $2.08 per hour for a heavy game.

Oh…ummm…and that’s per year. A board game can last you forever if you take care of it. Oh, that’s also per player, so if you split the costs between a five player gaming group (either by pooling your money or each player buying a game or two), that divides that cost even further. Say your five player group splits the costs that way, focus on games your group enjoys giving the games a 4 year lifespan before you get bored with them and have to buy an expansion to make them interesting again (increasing costs) or they get shelved and don’t come out again a statistically significant number of times. That brings the cost down to $.03 per hour of entertainment for a long-playing casual game and $0.10 per hour for a very heavy game.

Want even more bang for your buck? Role playing games beat the pants off everything else. We don’t know what the price point for the new edition of Dungeons & Dragons will be, but let’s use the recent 3.5 Edition reprints as a baseline (though I doubt they’ll have this high of a price point). Those books are $49.95 each, and you’ll need three books in order to run a campaign. For three core rulebooks and one set of $7.95 dice for each player at a five player table (four players and a DM), that’s $189.60. By using online resources such as printable character sheets and homebrew/fan-published campaign settings, maps, and adventures, you can run a weekly campaign at 4 hours per week and get down to $0.18 per hour. Divide that by the number of years you keep playing to get a final cost (play for two years before you switch systems, that’s $0.09, while three is $0.06 and so on).

With an open system like Pathfinder, you get out even cheaper. Using a combination of the Core Rulebook at $49.99 and free OGL resources such as the Pathfinder Reference Document. So we get $89.74 and drive that cost down to $0.08 per hour at a one-year base (again, that’s $0.04 at two years and $0.03 at three). Fiasco is $29.99 for the core rulebook and the Bully Pulpit Games website has free playsets online (biweekly games for 4 players lasting two hours is $0.13 per year). FATE is pay-what-you-want, which gives you a cost of solely the FATE dice which is $15 per set, so for a weekly 4 hour game with five players, that’s $0.01 per hour at a yearly rate.

Oh, and I forgot to mention something very important. All the previous forms of entertainment I mentioned all involved being by yourself. Even if you interact with someone, it’s through online chat. Tabletop games require face-to-face interaction by their nature, friends and family sitting around a table having fun. There are few hobbies these days that encourage that level of social interaction.

Even more, with the exception of Netflix and video games, all the other hobbies increase their costs the more time you spend on them. You have to buy tickets or a blu-ray to see a different movie or buy new books to read. Even replaying a video game can only give you a limited replay experience without DLC, while you can have a completely different experience with every play of a tabletop game. Your value per dollar spent increases dramatically the more you play. Two game nights a week and you half your cost per hour of entertainment. A longer marathon gaming session of eight hours (starting in the mid-afternoon and going until late night, starting with a heavy game and moving to party games as the wine and liquor bottles start emptying) halves that cost once again.

Oh, and there’s a lot of incidental costs involved in all of these hobbies. When you go to the movies, you have to pay for gas and possibly parking, tolls, and the cost of the time spent getting to and from the theater. Home film watching or streaming video requires a television, surround sound system, or at the very least a computer or tablet. Video games require a television and a console. Tabletop gaming requires…ummm…a table. Though I guess you could play sitting on the floor if you really wanted. So tell me, where do you want your entertainment dollar to go? 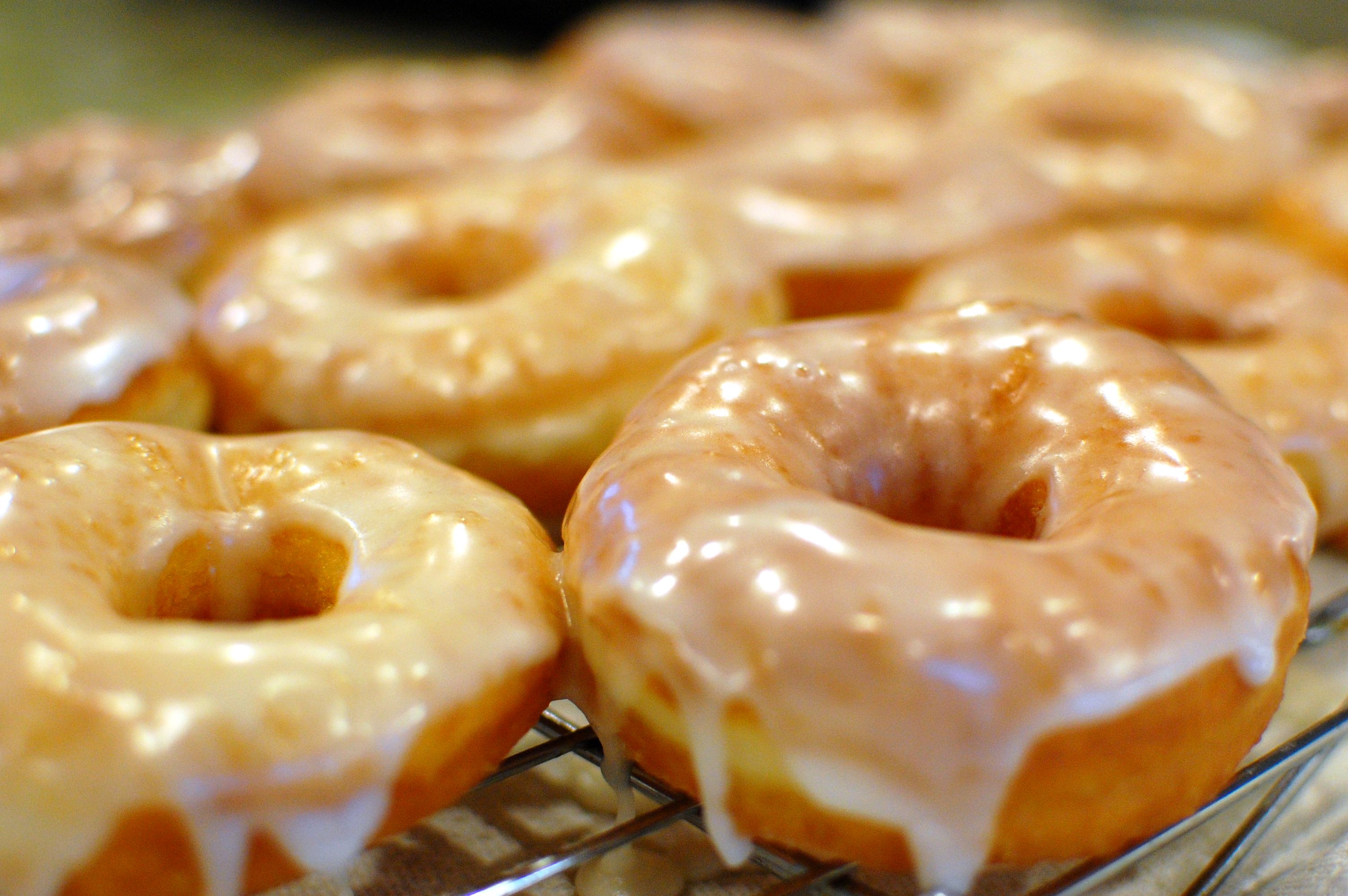 This is a column I’m written to set up for future columns. I wanted to do recipes for french fries, corn dogs, […]

I want to try something new around here. I pride myself on being a graduate of the Good Eats Culinary Academy (if […] 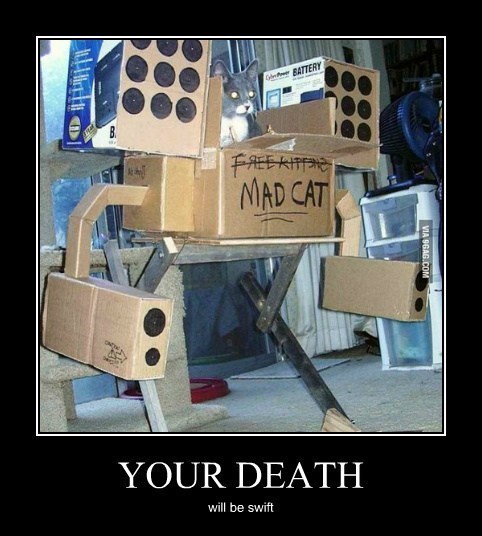 Both Ross and I would like to wish everyone Merry Christmas, Happy Hanukkah, Joyous Kwanza, Superb Saturnalia, or any other holiday you […]

Back when 3rd Edition launched, I was the first person in my area to run a game in the new system. Also, […]